SEOUL, South Korea, June 22 - A World Cup that began in disbelief and came to celebrate the unexpected distilled itself to four teams today, two of the great soccer powers and two challengers who provided the tournament's engaging surprise.

South Korea survived a tense, scoreless game against Spain in Kwangju, then won a 5-3 victory in a penalty-kick shootout. South Korea, co-host of the tournament, will now face Germany, a three-time World Cup champion, in a semifinal here on Tuesday.

Turkey scored a spectacular overtime goal to defeat Senegal, 1-0, in Osaka, Japan, reaching the semifinals in its first appearance in the World Cup since 1954. It now faces a rematch against Brazil, a four-time champion, on Wednesday in Saitama, Japan. Their first meeting on June 3 ended in a contentious 2-1 victory for Brazil, which is seeking to become the first country to win the World Cup five times.

The final of this World Cup, the first to be played in Asia, will be held on June 30 in Yokohama, Japan.

South Korea had not won a match in its previous five appearances in the World Cup over the past 48 years, losing 10 matches and tying 4. When the tournament began, its fans yearned only to advance beyond group play, hoping to avoid becoming the first host team not to reach the knockout round.

After an opening victory over Poland, aspirations mushroomed. An entire nation seems to believe that South Korea can actually win the championship. A victory over Germany would set up the possibility of an intriguing payback, giving South Korea a chance to hoist the World Cup trophy in Japan, its colonial ruler from 1910 to 1945.

South Korea will enjoy two advantages over Germany. First, while European professionals grew fatigued after long club seasons and had little time to prepare for the World Cup, South Korea's team has been training together for months. It is extremely fit and runs ceaselessly for 90 minutes. The imported coach, Guus Hiddink of the Netherlands, has become a cult figure. The nation's obsession with him is known as Hiddink Syndrome. There are movements here to grant him citizenship, to build a statue in his honor and to declare a national Hiddink Day.

"It's a complete dream," Hiddink said today of reaching the semifinals. "The mentality of this team, to recover even when the going has been tougher and tougher, is outrageous, almost without limits."

Second, South Korea will enjoy a pulsating home-field advantage. Its consumed fans, known as the Red Devils, will pack Seoul World Cup Stadium, all 64,000 of them wearing red shirts, and they will exhort their team with rhythmic, deafening cheers, especially the familiar "Tae-han Min-guk," which translates as Republic of Korea.

Another million fans will gather on a plaza along one of Seoul's busiest intersections to watch the match on giant television screens. And if form holds, they will be orderly and pick up their own litter before going home. Even network newscasters have taken to wearing the team jerseys during broadcasts. This might be the first sports team with the boldness and lack of self-consciousness to achieve at such a high level while wearing pink jerseys.

"The home field's worth about two goals to Korea in this tournament," said Bruce Arena, coach of the American team, which drew, 1-1, with the host team. "It's huge."

As the United States learned on Friday, though, it will not be easy vanquishing the Germans, who are returning to the semifinals for the first time since their last championship, won in 1990. Little was expected of Germany here, especially after crucial injuries suffered on defense and a dispiriting 5-1 home loss to England during World Cup qualifying. The team needed to beat Ukraine over two playoff games just to advance to the tournament.

Germany, however, has allowed but one goal in its five matches here so far. Its goalkeeper, Oliver Kahn, is considered by many the best in the world. "Ollie saved our skins with his beautiful saves," said the German midfielder Michael Ballack, who scored the only goal against the Americans.

Germany's strategy for South Korea will be no secret. It will continue to lob crossing passes into the penalty area, either in the run of play or on free kicks and corner kicks, and rely on its tall, imposing players to head the ball in. Forward Miroslav Klose is tied with Ronaldo of Brazil as the World Cup's leading scorer with five goals, all on headers. And even though Germany can appear indolent and overmatched during long stretches, it has possessed the discipline and resolve to rescue victory from disheartenment.

"Germany can play real bad soccer on an interestingly high level and get results," Arena said.

Brazil is the only team to play in every World Cup since the tournament began in 1930. As with Germany, Brazil limped into the final round, but it has attacked with flair, summoning the "beautiful game" for which it became famous in the 1970's. Its chances were compromised on Friday by the expulsion for a harsh tackle of midfielder Ronaldinho. He scored one goal and assisted on the other before being red-carded in a 2-1 quarterfinal victory over England, leaving him ineligible for the semifinals.

Ronaldo also left the game with a thigh injury, but he is expected to play against Turkey. After suffering an unexplained episode before the 1998 final against France ?some have said it was a seizure, others a panic attack ?Ronaldo, a two-time world player of the year, played listlessly and his career began to stall. A series of knee injuries threatened to force him into retirement. But he has recovered his form, a mesmerizing combination of grace and power.

He is joined in the attack by Rivaldo, whose elegant left foot provided the margin in a disputed 2-1 first-round victory over Turkey. Three minutes from the finish, the Brazilian forward Luiz? was pulled down at the edge of the penalty area by the defender Alpay Ozalan.

Brazil was awarded a penalty kick, which Rivaldo converted into the winning goal. Even the Brazilian news media questioned whether a penalty was deserved. "Oriental hospitality" read a headline in the Rio de Janeiro newspaper O Globo. Rivaldo later faked an injury when a ball was kicked into him, and a Turkish player was given a red card.

Tonight, Turkey earned a rematch when Ilhan Mansiz, who had come on in the 67th minute, scored in extra time to eliminate Senegal, which began the tournament with a stunning upset over France, the defending champion and its former colonial master. Turkey will again be the underdog, but that has become a preferred status in this upside-down World Cup.

"The smaller teams, if you can call them that, they know they can beat every other team," said the German forward Marco Bode. "They're not scared anymore."

Copyright by dongA.com All rights reserved. 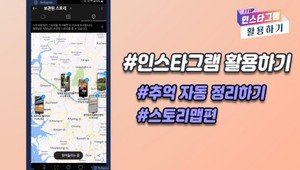