입력 2002-06-23 19:22수정 2009-09-17 22:21
공유하기뉴스듣기프린트
공유하기 닫기
A colorful rumor followed the Lions of Senegal as they glided through the World Cup, setting up a quarterfinal showdown against Turkey. Special rituals were being performed in their camp to streng-then the team, and magical waters were being sprinkled around their goal line to ward off enemy shots as garlic garlands might once have been used to ward off evil spirits.

As the clock ticked throughout 90 minutes of regulation play against a determined and attacking Turkish team, the number of miraculous Senegalese saves were beginning to make some spectators believers. But then, after a mere three minutes of overtime, the Senegalese spell lifted. Turkey’s Umit Davala launched a perfect cross into the penalty area, setting up Ilhan Mansiz, who struck the ball with conviction and sent it past goalkeeper Tony Sylva for a 1-0 victory.

Turkey, which had lost to Brazil, 2-1, during group play, will play the Brazilians in a semifinal Wednesday. The goal sent Turkey into the semifinals for the first time and sent the Turkish players jumping in a mass celebration. The biggest surprise of the match in effect was that the Turkish goal tally remained so low. Some of Turkey’s failures to score can be put down to bad luck. “Brazil is one of the best teams in this tournament and everyone knows that and sees that,” Coach Senol Gunes said. “The first game, we didn’t deserve to lose. It was a mistake by the ref. We deserve to be in the semifinals, once again against Brazil.”

Copyright by dongA.com All rights reserved. 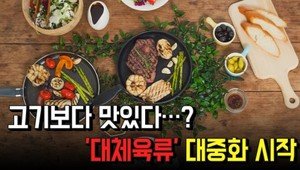